"Man has, as it were, become a kind of prosthetic God. When he puts on all of his auxiliary organs, he is truly magnificent; but these organs have not grown onto him, and they still give him trouble at times."

--Sigmund Freud, Civilization and Its Discontents

"The Prosthesis is not a mere extension of the human body; it is the constitution of this body qua 'human.'"

In a world deeply mediated through and by technology, it becomes unclear whether existentialist anxiety and alienation are due to innate tendencies within the human psyche or from sociotechnical factors without. It could be argued that modern humans are already cyborgs, existing as a co-construction of the self and the technological, albeit in dimensions that have little to do with emotional content. Developing technology for a person as a holistic being is lagging behind commercial ventures. Should we begin to explore what it means to develop personal bodily technologies to contain our negative emotions, making wearable objects that become part of ourselves? That are necessary to feel like ourselves? 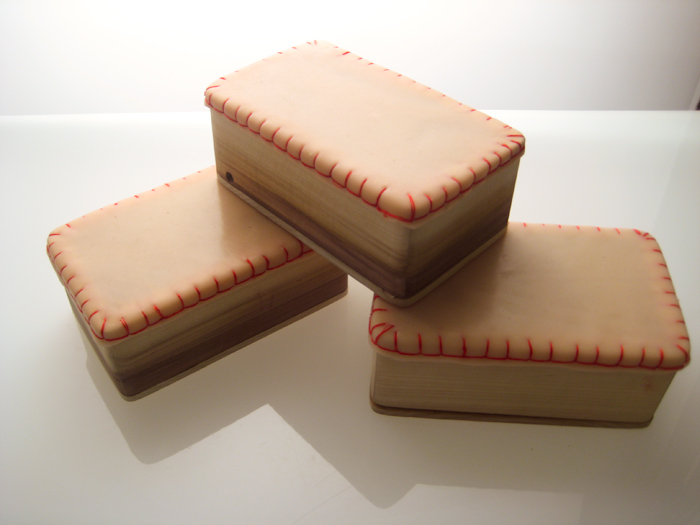